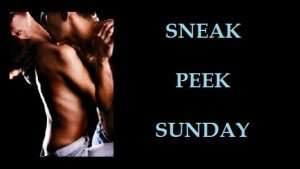 For more peeks into some really great books, click the banner above!

This section is from my brand-new release, Hearts Under Siege. It’s 99 cents for only a few more days, so if you want it, get it now! 🙂

“What are you doing?” She jerked away and he grabbed her around the waist with one arm, digging for the lump that had to be her keys.

“You’re not leaving without me.”

She drew in a sharp breath and he froze, suddenly registering their position. He’d dragged her to his body. Her left breast was squashed against his chest, her left leg between his, the fingers of his right hand only inches from…well, they were buried deep in her pocket. Instead of releasing her, his arm around her back tightened, bringing her even closer and pushing out her breath. Her long black eyelashes swished upward, exposing a plea he couldn’t interpret. Did she want him to let her go…or kiss her?

He didn’t analyze the whisper, or consider what it meant. It sounded like a reasonable suggestion. He actually bent his head before a different, louder voice inside him yelled Are you effing crazy? He jerked upright and let go of her, pulling the keys free as he did and pretending for all he was worth that the keys had been his goal all along.

“I’ll be right back. Stay here on pain of death.” Then he escaped inside the house, striving to regain his breath and his freaking sanity.