I wanted to feature Heavy Metal in honor of it going up for pre-order at iTunes (get links for the iBookstore, Amazon, and B&N here). But then I realized the book’s still in production, and I don’t have final approved copy to excerpt yet. :/ So here’s one more taste of Soulflight, which should be released in a week or so! It’s a little different, some insight into the villain. Let me know what you think!

The weasel should be quaking where he stood. There should be a puddle at his feet, and the smell of fear perfuming the air.

The fact that none of that was true both annoyed and pleased Pike. He hated clichés, and the scene in his head was straight from a badly written Hollywood production. Those reactions from Wallie would also put Pike in the position of intimidator. He disliked that role as well, though he did take it on when necessary.

He was not a criminal mastermind, bent on the destruction of or control over the world. He was a visionary. True, nothing would stop him from achieving that vision, but that did not make him a cardboard character.

Pike turned his attention back to Wallie. Rock Davis’s message had been unexpected. Pike would never have anticipated the man’s involvement, though now the connection was clear. Samantha had gone home—most injured animals did—and her home was not typical. It contained Alexa Ranger, who, he’d learned recently, was a former agent connected with several government agencies. Her previous employer was GenCom, where she’d been supervised by—of course—Rock Davis.

Pike had lost track of Davis over the last few years. He’d known he’d left the military, but after that his actions had ceased to matter. Well, they’d ceased to matter long before that, but Pike did sometimes suffer from nostalgia. 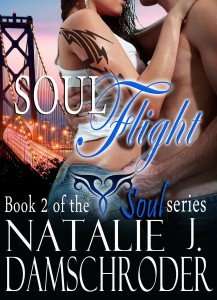