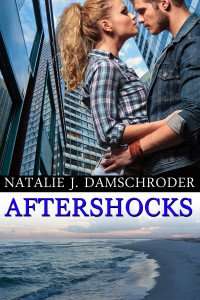 Her past and her present collide with earthshaking results. Who will be her future…assuming she has one?

Sixteen years ago, Zoe Ardmore was abducted and held for a year before she escaped. After struggling to overcome the damage done by that year, she has put it behind her—completely. Her fiancé, Kellen Stone, doesn’t even know it happened. She has a successful career and social life untainted by the past.

Now her abductors have been released from prison, jeopardizing every part of that new life. She took something from them, a treasure they’ll never stop seeking, and they’ve threatened her new family if she doesn’t return that treasure. The problem is that she has no idea where it is. The solution? Grant Neely, the one person who knows everything about that dark time. He’s now a mercenary with the connections and skills to help her resolve this mess. He’s also the man whose proposal she refused ten years ago.

Zoe breaks her engagement and sells her company in an effort to remove the threat hanging over the people she cares about. But the only permanent solution is to find the treasure and destroy it so her enemies have no reason to come after her or anyone else. Grant’s the one man who can help her, even if it means dredging up old feelings. But then Kell shows up, refusing to be sidelined and showing Zoe that none of them are who they seem to be. At the end of her quest will be the hardest decision she’s ever had to make—if she’s around to make it.

AUTHOR’S NOTE: This book defies conventional romance tropes in that it contains a love triangle. Some readers don’t like this because of the possibility that the heroine will choose the “wrong” guy. Some love the added excitement of uncertainty. I want every reader to have a great experience when they read my books, so please keep this in mind when deciding whether or not to buy Aftershocks. Thank you!

Buy Now (or click the preferred store link below)

Get My Newsletter and a Free Short Story!